The difference is indifferent!

Donosti Authentics Cup is an International Football Tournament for teams made of players with intellectual disability.

When will be held?

What does it aim?

In the tournament teams made of people from the ID collective will be able to participate no matter their age or gender. To have a team, 12 players will be needed and up to 25 players. Players must prove they have a minimum intellectual disability of 33%.

What is the competition model?

Participating teams will be divided in groups of 4 or 5 teams that will meet in a league on a single round. To establish the rankings, several aspects will be taken into account in addition to the result: sportsmanship, team spirit, etc.

All teams will receive a trophy and a souvenir medal. 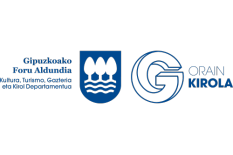